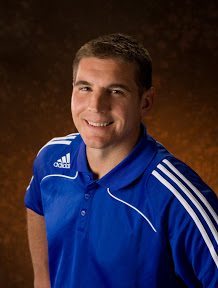 What does it take to be a winning youth coach? Listen in as Reed Maltbie shares stories and discusses his journey to becoming a successful youth sports coach.

Coach Reed experienced his own successful soccer career, including being a member of the 1992 Davidson College Final Four team. That dream season ended on their home field, in North Carolina, with a heartbreaking overtime loss to University of San Diego. As sad as it was, the experience left Reed with a deep understanding of what it takes to be a champion. At a school like Davidson, though, he also came to realize the fine balance between champions in the game and champions beyond the game. Soccer was a vehicle to becoming a better person.

Coach Reed turned down the opportunity to continue his career and stepped away from soccer in 1997 to focus on advancing his academic studies of sport, communication, and education. Since 1997 he has gone on to attain two Master’s Degrees. One degree is in sport psychology from Miami University. The other is in Education from the College of Mount St. Joseph. Just as in soccer, Reed excelled in the classroom, developing research that delved into the relationships between mental imagery and success and words and performance. He was highly respected by his peers for his assertions regarding the communication of coaches. He has had multiple papers published and has presented at several academic conferences.

Coach Reed combines his experiences as a player and coach, with his research as an academician to continually develop new methods and styles of coaching youth athletes. One thing continues to stand out to Coach Reed: the words coaches use are far more important than any skill they teach.

He is now the Executive Director of the STARS soccer club in Cincinnati, a TEDx speaker, and most recently joined the Changing the Game Project staff.

‘What’s your Echo? Coach beyond the game’