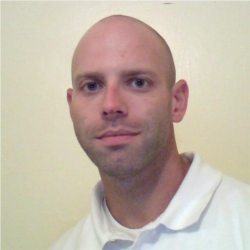 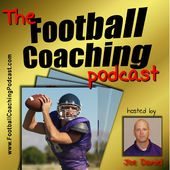 What does it take to be a winning youth coach? Listen in as Joe Daniel shares stories and discusses his journey to becoming a successful youth sports coach.

Joe Daniel is the Defensive Coordinator and Offensive Line Coach at Prince George High School in Prince George, Virginia. He has been at Prince George since 2010, following a successful 2009 season at Ellsworth College in Iowa Falls Iowa. At Ellsworth, Coach Daniel coached the Linebackers and helped lead the team to a #9 Ranking in the 2009 NJCAA Final Rankings, as well as finishing with a Top 25 Defense. Prior to his time at Ellsworth, Coach Daniel began coaching at Smithfield High School in Smithfield, Virginia in 2002. From 2007 to 2008, Joe had his first stint as Defensive Coordinator with the school.

Coach Daniel has been featured in American Football Monthly Magazine, as well as on The Red Zone Show with Coach Big B and on Coaches’ Corner Show. He was also a clinic speaker at the Championship Football Coaches Clinic.  Joe also writes Football-Offense.com as well as hosting The Football Coaching Podcast.

The One that got away

« WYC 045 – Youth Baseball – Mark Linden from BaseballPositive.com talks practice planning and the pace that kids learn
WYC 043 – What a Sports Coach can learn from a Band Director – Cameron Gish talks Harnessing Enthusiasm and Creating a Vision »
View more posts from this author