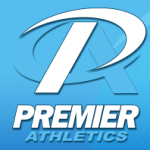 What does it take to be a winning youth coach? Listen in as Sean Timmons shares stories and discusses his journey to becoming a successful sports coach.

Sean is the Director of All Stars for all Premier Athletics facilities.  Sean cheered at Rutgers University, and was a member of the first open team at World Cup, The Wild Stars.  In 1996 Sean started his coaching career at the Pop Warner level with the Toms River Angels. During his time with the Angels they won three consecutive National Championships and his success landed him a job coaching at The World Cup All Stars in 1999. Within the 14 years at World Cup he has coached and choreographed for levels 1-5, and has won numerous State, Regional, and National Titles. While working at World Cup Sean also coached Lacey High School, Jackson Memorial High School, Howell High School, and was the Head Coach of Rutgers University from 2009 until 2014.  Sean has traveled all over the US and Canada teaching camps, choreography, judging, and speaking at conferences. He is a former member of the USASF National Advisory Board and is an inaugural member of the NACCC.  His certifications include USASF Level 1-5 (United States All Star Federation), AACCA (American Association of Cheerleading Coaches and Administrators), NCA (National Cheerleading Association), and USAG (USA Gymnastics).