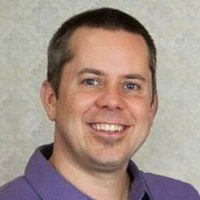 What does it take to be a winning youth coach? Listen in as Darin shares coaching stories and discusses his journey to becoming a successful youth coach.

Darin is a graphic designer, he is married and father of four boys ages 5-14, and has coached a mix of basketball and flag football for the past 19 years. He also is the founder of the Father and Son Bowl community event in Franklin, Tennessee – which has grown from a few families in 2006 to over 1,100 players in 2013 – which raised over $38,000 for fatherless children.

What do I do when they need a parent to coach but I don’t know much about that sport?

HUGE IDEA #1 : Be willing to step up and coach – even if you’re on an expert in a sport – you can get the help you need to learn!

Ready to be an Awesome Youth Coach? Sign up for our free weekly newsletter @ WinningYouthCoaching.com

This entry was posted in Podcasts and tagged in Coaching, Parenting, sports, winning, youth sports.