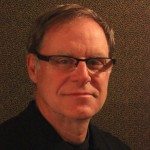 Rod Huff is a successful business executive with 30 years experience in the operations and administration area. He began his baseball coaching experience as an assistant coach when his son, Austin, was five years old. His first head coaching experience began in 1995 when his company, Sparrow Records, sponsored his 7- and 8-year-old coach-pitch team. That year, as a first-year coach, his team, nicknamed the Birds, went 15-2. That season ushered in somewhat of a dynasty in his Brentwood, Tennessee, community, where he is known as one of the winningest coaches ever in the local league. His nine-year record as a head coach includes five league championships and four runner-up titles. Huff took his operational and administrative executive abilities to the ball field and came up with a winning formula of organization, feedback, and motivation, which had parents and players alike asking to be drafted by him every year. He shared this system in his book, titled Coaching Made Easier: How to Successfully Manage Your Youth Baseball Team—A Step-by-Step Guide to a Rewarding Season.

‘The will to win is important, but the will to prepare is vital’ – Joe Paterno